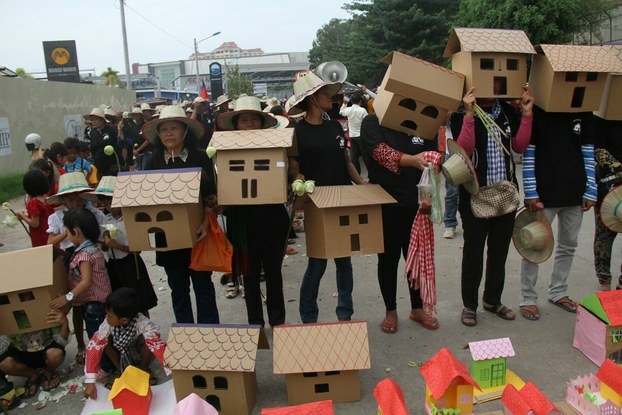 Collective action is an important strategy for many people around the world to secure their land rights. It provides many with the opportunity to advocate for themselves or their community’s interests. Learn more about collective action and land governance below.

Dr. Oane Visser is an associate professor at the Institute of Social Studies in The Hague (the Netherlands). His interests focus on the role of social movements and civil society, particularly farmers’ organisations, in the debate on land governance. How can they succeed in being heard and involved in policy dialogue? Dr. Visser’s experience with the subject is based mainly, but not exclusively, on research in the countries of Eastern Europe that used to belong to the Soviet bloc. He is interviewed by Jur Schuurman of LANDac on the situation in those countries but also elsewhere.

Institutions of collective action and property rights influence how people use and manage natural resources, and subsequently affect the condition of natural resource systems. The CGIAR Systemwide Program on Collective Action and Property Rights (CAPRi) addresses these issues through an inter-center initiative involving all 15 of the Consultative Group on International Agricultural Research (CGIAR) centers and over 400 national agricultural research institutes and universities in developing and industrialized countries. Read more about the programme here, or browse their publications here.

The Right to Land and Territory: New Human Right and Collective Action Frame (2015)

Abstract: […] This contribution offers a critical examination of the emergence of the «right to land and territory», both as a collective action frame deployed by transnational peasant movements, and as a new human right in international law. It explores the various ways in which agrarian movements are using the human rights framework to question the establishment of absolute private property rights over land, and restore political limits on access to land. [..] Article available online here.