The Impact of Covid-19 on the Land Sector in Mozambique

Like other parts of the world, Mozambique has been constantly devising the safest and most economically feasible ways to protect its citizens and the economy from the global Covid-19 pandemic, since it recorded its first case on 22nd March 2020. In the same month, March 2020, the President of Mozambique put in force a 90-day State of Emergency (SOE) until May 30, 2020 (recently extended for an additional 30 days until the end of June) to prevent the spread of Covid-19.[1] 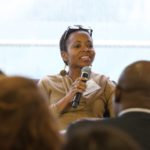 Alda Salomão is is an environmental lawyer, land specialist, social activist and General Director of the Mozambican NGO Centro Terra Viva. She is a LANDac PhD candidate, defensing her disseration on the 26th June 2020.

The SOE has been accompanied by several measures for example, the prohibition of concentrations of people without observing the physical distance of at least five feet; the concentration of people at funeral ceremonies; and circulation in public spaces, including public transport and markets without the use of masks.

To guarantee the observance of these Covid-19 restrictions without unjustified violation of the Constitution of the Mozambique that still remains in force, the Presidential Decree asserted that the restriction of rights must obey the principles of necessity and reasonableness. The decree also appealed that excesses in the actions of public officers especially by the defense and security forces be avoided. The Covid-19 related regulatory measures also suspended some administrative processes, such as the issuance of licenses (Article 9g) and the renewal of identification documents and licenses whose terms would expire within the emergency period (Article 12) (validity would be maintained for the period of the SOE).

The State of Emergency decree appears to be particularly creating an environment for local community marginalization, possibly eventual conflicts in the land sector.

Overall, as in several countries, the catchphrase in Mozambique is: “FIQUEM CASA” (STAY at HOME). However, in spite the instituted measures, COVID-19 cases have continued to grow in the country, albeit relatively slowly compared to other parts of the world, leading the government to further tighten the restrictions. As a result, in addition to curbing the spread of the disease, the Covid-19 preventive measures have also restricted some fundamental rights of citizens throughout the country. With respect to some of the measures mentioned above, the SOE decree appears to be particularly creating an environment for local community marginalization, possibly eventual conflicts in the land sector.

Land Occupancy Licensing for Investments: Virtual Consultations, How and With Whom?

In the name of promoting the use of communication technologies, the SOE is being used to promote the exclusion of citizens from important decision-making processes in the land sector, for which their inputs are relevant. For instance, contrary to the measures, public and private investment licensing processes are taking place in the country, which require the organization of public and community consultations in the context of environmental licensing and land occupation.

The two processes – environmental licensing and land occupation – necessitate public participation, including the participation of local communities. In addition to the concern regarding the ostensible violation of rules, the question arises as to the form of participation of the various stakeholders in these processes, especially rural communities, in the context of the current social distancing measures. It should be noted that in the Mozambican context, public participation in land-related decision-making processes is not a mere formality, but rather a fundamental right enshrined in the constitution of the country.

The organization of virtual public consultations appears to be nothing more than opportunism and a subterfuge to avoid the public scrutiny essential to achieving the objectives for which the consultations were instituted.

Thus, consultation only with community leaders on the grounds that it is necessary to maintain social distance is a paradox. Examples of this practice are being attempted by various companies for instance: consultations by the Canadian company Fura which is involved in research and prospecting for rubies in the communities of the Namanhumbir Administrative Post, Montepuez District; the planned use of information technologies by the Tete East Coal Project in Tete Province, carried out by the consulting company GENESIS which are scheduled to take place on June 16; and finally the Mozambique Electricity Project, EP (EDM) which in respect to the construction of a 400 kV power transmission line between Metoro and Palma in Cabo Delgado Province has scheduled to hold consultations on 06/10/2020. It is well known that most public institutions and citizens in Mozambique (both urban and rural) are not prepared and equipped with knowledge and equipment for the use of such technologies. In fact, in a scenario where access to computers by the majority of urban and rural citizens is insignificant, and access to computers and internet networks is also quite limited both within companies and government institutions, the organization of virtual public consultations appears to be nothing more than opportunism and a subterfuge to avoid the public scrutiny essential to achieving the objectives for which the consultations were instituted.

Impact of COVID-19 and the Military Insurgency on Involuntary Resettlements: Suspension of Compensation, Suspension of Means of Life

Other processes relevant to the land sector in Mozambique affected by Covid-19 are related to the processes of land expropriation and involuntary resettlement by public and private investments. The impacts are different and raise different questions. Examples of this situation are found in Namanhumbir, Montepuez District in the context of the resettlement carried out by the company Montepuez Ruby Mining. The company postponed the resettlement that had in principle been scheduled for April, leaving the population covered in a situation of increasing uncertainty due to the delayed process.

In Massingir, the Limpopo National Park (NLP) administration has suspended the payment of compensations allegedly because of measures of the pandemic resulting in considerable social impacts for affected families. At the time the measures were decreed by the Government, an activity plan was underway, which provided for the revision of the Resettlement Action Plans of the communities of Bingo and Makandazulo “B”, the presentation of the complaints mechanism in the NLP communities, the establishment of agreements between those communities and NLP on commitments undertaken in the context of resettlement, as well as the revitalization and training of members of community committees. These activities had to be suspended.

Total’s natural gas project in the Palma district of Cado Delgado province, is being doubly affected, first by the military insurgency that itself caused involuntary resettlement, and second because Total’s camp has been the epicenter of the pandemic within Mozambique, initiated by an infection imported by an expatriate worker. Most of the camp workers have been affected, but nothing has been said about the spread of the virus within the neighboring communities of Quitupo, Maganja, Senga and Mondlane who interact directly with the company’s technicians. The recent indication that the company’s plans have not been changed due to the pandemic raises the suspicion that the resettlement process continues to take place outside the monitoring of civil society, who have been absent in the area initially because of the war and now because of the virus.

It does not seem to be an exaggeration to foresee a post-COVID-19 phase tainted with land conflicts created during the state of emergency.

In face of this scenarios, it does not seem to be an exaggeration to foresee a post-COVID-19 phase tainted with land conflicts created during the state of emergency.